With a playful character and very sociable with humans, the members of this breed are also characterized by being tireless hunters and excellent climbers. But the curiosities of the Norwegian forest cat they go much further. Keep reading and you will know all the details of this enigmatic species.

And no, we are not exaggerating at all with the term “enigmatic.” In fact, these felines have been linked since ancient times to Norse mythology, always well surrounded by gods.

It is said that this race was an inseparable companion of the Vikings in their travels. Your mission: fight the presence of rats on ships. For this reason, they are not afraid of water at all, and in fact they are currently excellent fishermen.

But their story is much more incredible and loaded with magic: the origins of the Norwegian forest cats are linked to the Norse mysticism and mythology. Legend has it that the carriage that crossed the sky with the Freya (goddess of beauty) was pulled by two cats of this breed. Thor, Viking god of war, tried to kidnap her, but the fierceness of his companions prevented him.

Do you want to know more curiosities about the Norwegian forest cat? Keep reading!

How is the Norwegian forest cat

The physical resemblance of this breed to maine coon cats it has given rise to the belief that they are related. Many theories suggest that the Maine Coons came to North America by the Vikings from Norwegian forest cats. However, it is not entirely proven and many claim that they evolved separately.

On the other hand, these kittens belong to the big cat breed, so their growth does not stop until 3-4 years of age. Later, males can weigh 7-8 kg and females up to 5 kg.

Other characteristics that define them are: large and wide eyes, a long and bushy tail and high ears. This last trait makes them look like lynxes, and in fact, the tufts of their ears are called “lynx brushes.”

How to care for a Norwegian forest cat

What is certain is that they have similar aspects, physically speaking. Norwegian cats match their companions in a semi-long coat, composed of two layers (one with longer hair and another much thicker) that change to adapt to each season: its coat during winter is very dense, while in the warmer months it loses part of its lower coat.

To avoid tangles, it is recommended that you brush at least once a week. If you don’t know how to do it, take note of these tips to brush your cat

The double character of the Norwegian forest cat

This breed is strong, very used to low temperatures and an expert hunter. But don’t be fooled by this personality trait: they are also known as ‘giant sweets’, an expression that will help you understand that they are very docile and calm animals.

And it is that, although its appearance gives a wild cats imageThey are sociable and playful. Of course, do not forget that their hunting instinct must be reinforced with intelligence and interactive games for cats, since they are curious and they love to be mentally stimulated. In addition, it will be convenient that they have access to a garden or a sheltered outdoor space so that they can jump, hunt and run freely. So, if you are looking for an affectionate and docile cat, this breed is ideal. It is very sociable both with people and with other pets. And if you also want a playful and restless companion, we assure you that with this home feline you will never get bored. 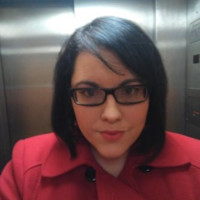 Expert in animals with work experience in the sector of more than 12 years. Working at Tíanimal has allowed me to work more closely with them, helping their well-being and improving the relationship with their owners through the products, tips and articles that we have incorporated. I am an expert in aquariums and in feline health, and I have been collaborating with protectors for more than ten years coordinating material donations to make their work easier. Pets are my job and also my passion.