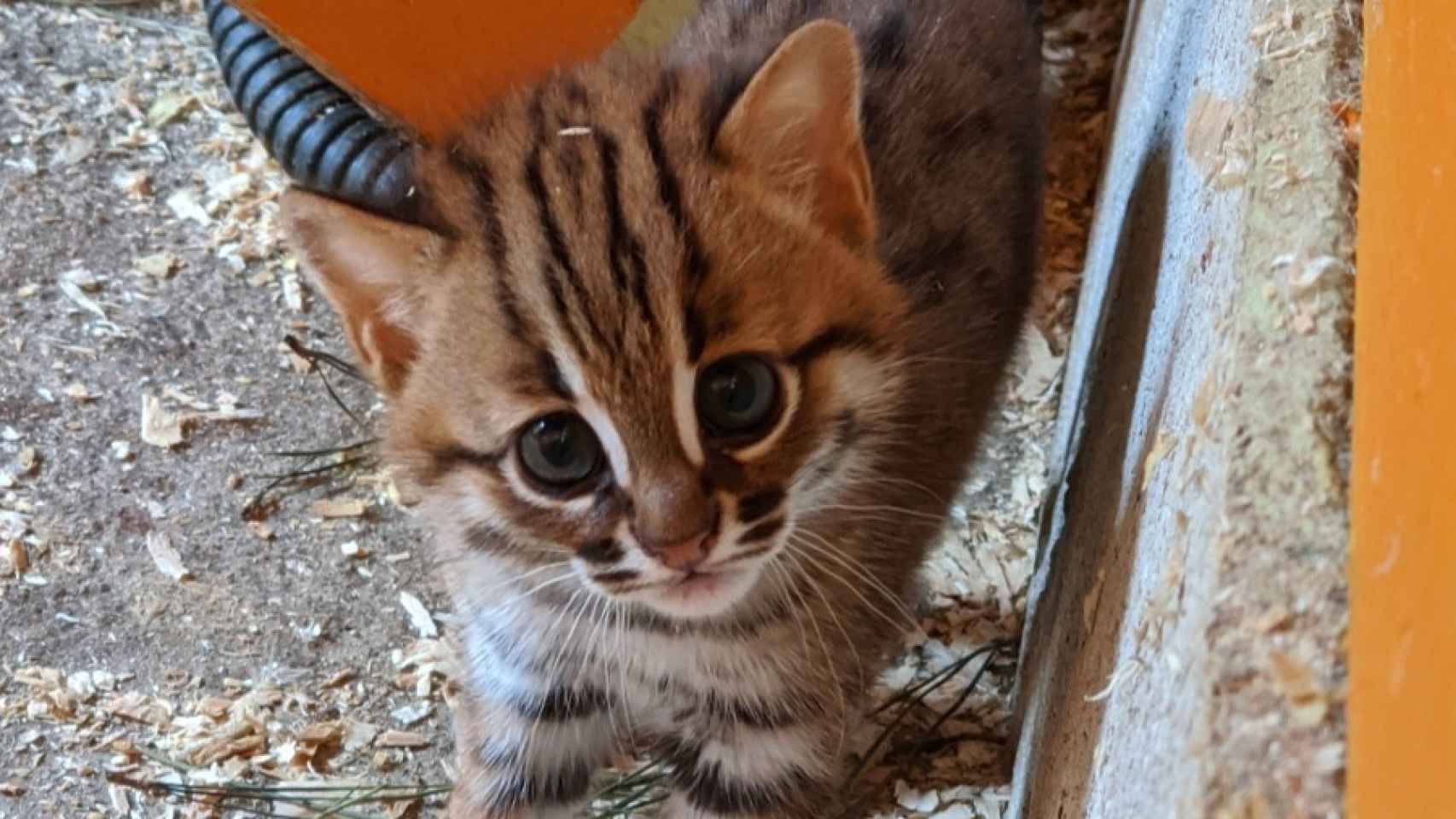 The Porfell Park and Wildlife Sanctuary in Cornwall, England, announced a few days ago the birth of two cubs belonging to the world’s smallest wild cat species. As the organization explains in its Web, the kittens were born just before the closure of the country due to the coronavirus crisis. Now just two months old, the cubs have started exploring the environment with their mother.

This sanctuary is a home for unwanted or surplus animals and, as such, it is not common to raise animals within the park, but this time the occasion deserved an exception. In 2019 they were offered a pair of rusty cats, Prionailurus rubiginosus, of which there are only a few 40/50 specimens in captivity all over the world, as explained from the center. “So we were excited about the opportunity. We’ve been waiting for the right moment to reveal that! they have had two cubs! “, they point in a statement.

At two months old, the cubs have just started exploring their new home with their mother. The park keepers still not sure of your sex, since the mother has been watching them so closely that they have not been able to get close enough to check it, according to what they say from the sanctuary.

At birth, these cats are estimated to weigh 60 to 77 grams and they have a fur made up of rows of black dots. They are not much larger than mice when they are born. In adulthood, they can measure 35 to 45 centimeters in length and weigh around a kilo or a kilo and a half.

Like the smallest wild cats in the world, rusty cats are quite elusive in the wild due to their small size and have a preference for night exploration.

They are endemic to the forests of India and Sri Lanka and their wild populations are currently threatened by habitat loss. They are also threatened by hunting, both for food and for their skin, and are listed as “Near Threatened” on the Red List of the International Union for Conservation of Nature (IUCN).

The eyes of these felines are six times more powerful than those of a human. Thus, these little animals are about efficient hunters They feed primarily on rodents, birds, lizards, frogs, and insects. They hunt on the ground and use their small size to their advantage to make quick movements through undergrowth to catch prey.

“We are over the moon with the new babies, since most of our animals are old and they are here for retirement. Since we are in the sixth week of confinement, we wanted to share some positive news with all of you!” a statement from the sanctuary.