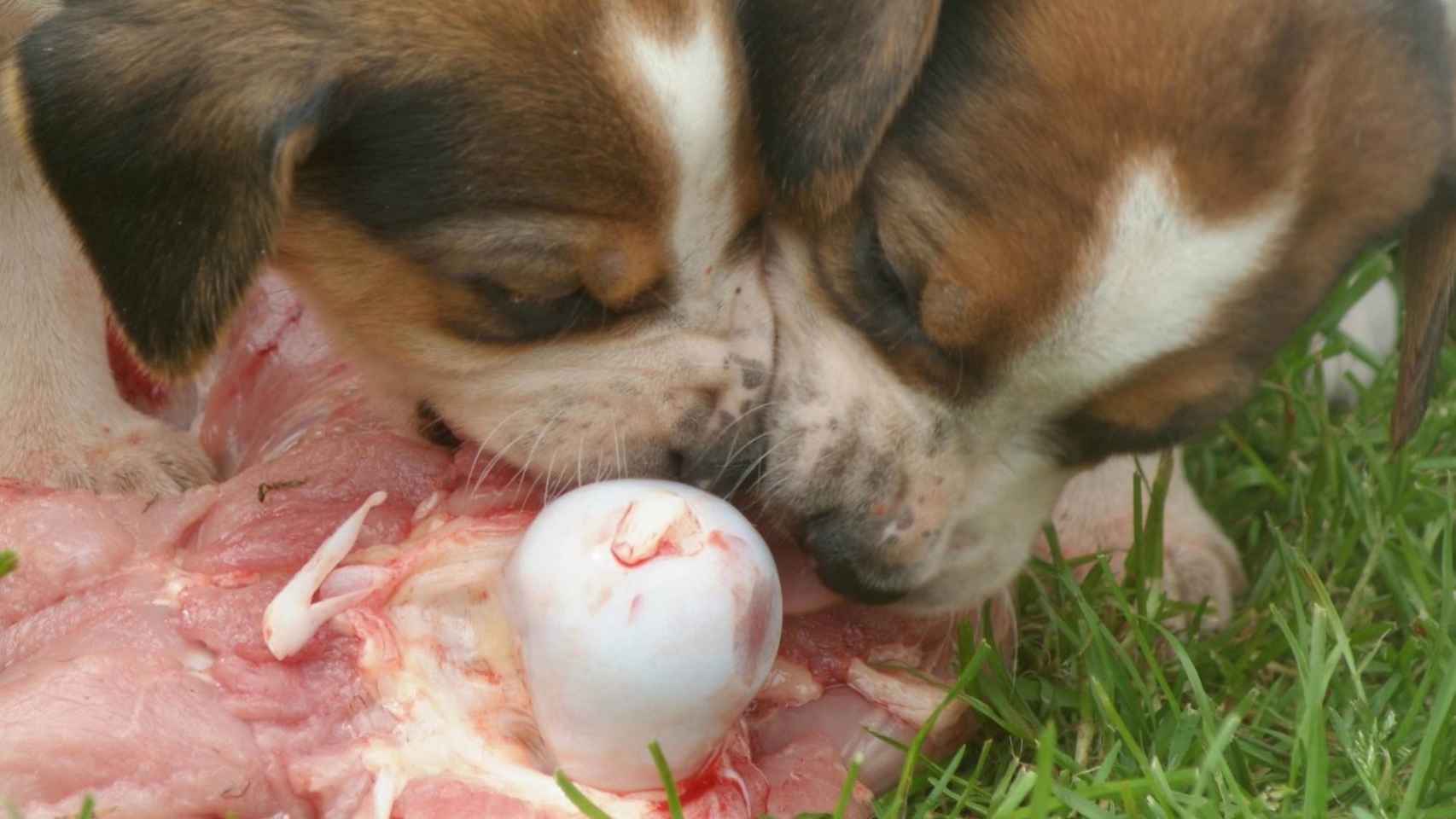 most of dogs and cats keep receiving a ‘traditional’ nutrition at home based on dry and wet feed (cans), but there has been a significant change in the last decade when it comes to feeding domestic animals. Now included more home-prepared foods and more raw meat in a misunderstood attempt to give them “more natural food“, according to an international study published in Magazine Vet Record.

These ‘unconventional’ diets can reinforce emotional bonds between owners and pets, but they also lead to health problems that can end up being even epidemic, according to the investigators. The extent of the problem is considerable: more than half of humanity has a pet at home, and only in the US you can find 94 million domestic cats and 89 million dogs.

There is an entire food industry dedicated to feeding them but, in parallel with the latest trends for human nutrition, an increasing proportion of owners looks suspicious of processed animal products. There are known cases of animal owners who have tried to give them vegan diets, ‘ancestral’ and ‘natural’ diets, subsistence allowance ‘grain free’ and raw diets. All of them, however, involve nutritional deficiencies that I would not have the feed prepared.

To reach this conclusion, the researchers turned to databases with studies on feeding practices for dogs and cats between 2008 and 2018. They found nine “relevant studies“, which showed a decline in” conventional products “especially as a unique diet for pets, and a rise in” unconventional “feeding, particularly that referred to providing raw food.

There are several factors that could explain it: in 2007, remember, there was a global pet food contamination scandal, with thousands of pet deaths from poisoning by melanin and cyanuric acid. This implies, they speculate, that “the differences in feeding practices compared to previous studies may be explained, in part, by a loss of confidence in the industry“.

Furthermore, they extracted data from a large-scale survey conducted between 2016 and 2017 in English-speaking countries: Australia, New Zealand, United States, Canada and United Kingdom. The owners were asked what they fed their domestic animals, which in 51% of the cases were only dogs, in 16% only cats and in 33% both dogs and cats living in reasonable harmony.

What they observed is that dog owners in Australia were the most likely to exclusively feed them raw meat and home-prepared food; On the other hand, in neighboring New Zealand, the most common was to use feed and conventional cans, as in Canada. Total, 66% of the dogs and 53% of the cats ate raw food. On the other hand, one in five dogs had vegetarian food on the menu, compared to 5% of cats, it must be remembered that they are exclusively carnivores.

Yes it is a mistake to feed (if left) to a cat anything other than animal protein, which your body is not prepared to metabolize, with dogs the opposite occurs. Unlike wild canids, the long evolution alongside the human being makes yes they benefit from vegetable and cereal ingredients that are included in processed feed. It has been observed that they exert a protective effect on breeds prone to cardiovascular problems As the Doberman and the Great dane.

However, the main health problem associated with handling raw meat to feed a pet it also affects their owners, And it is the easy transmission of harmful microorganisms such as bacteria when handling it, they would have been eliminated with the heat treatment to which processed foods are subjected. The danger is not trivial, because that meat is a possible reservoir for antibiotic-resistant ‘superbugs’ involving potentially fatal infections.

“Considering the high prevalence of unconventional eating practices, the veterinary health services should be aware of the potential risks and benefits associated with these diets, and educate their clients to help them best meet the nutritional needs of their animal companions, “the authors conclude.